At Elios Financial, we have held a long belief in giving back to others, or in other words, “investing in others.” Our team has made sure to instill the idea of “others first” into our daily lives. As a collective, our associates have come together to help our community by engaging in acts which lend a helpful hand locally.

"Charity begins at home but should not end there."

Since 2016, Jim and the Elios team have participated in the annual VeloSano “Bike to Cure” weekend which is a community driven fundraising initiative to support lifesaving cancer research at Cleveland Clinic. Since 2016, Jim has helped raise over $30,000 and counting. 100% of these donations go directly towards Cleveland Clinic’s cancer research. If you would like to donate and help support, click the link below.

In my first VeloSano ride in 2016, I met a wonderful friend, future roommate, and VeloSano fundraising hero Mat Gleeson, who later lost his battle with cancer. I will never forget the auspicious day I met him during my first ride. Who knew at the time that Mat would have to face the dreaded disease himself and fight so valiantly as well as raise awareness and money for research and a cure for Colorectal cancer. I ride to honor Mat as well as my mother-in-law, Jane Beach Wessel, who was so brave during her battle with cancer.

link to photos and videos

We were pleased to offer an annual scholarship program to support college-bound high school seniors in Cleveland. In the past, we offered a “Hero’s” Scholarship for students with a first responder parent/grandparent/legal guardian. We awarded a $1,000 scholarship to the following students: * similar format to webpage*

Congratulations to Our 2020 Scholarship Recipients

This year, we are pleased to launch a new college scholarship program to support college-bound high school seniors in Cleveland with a first responder parent/grandparent/legal guardian. We are awarding a $1,000 scholarship to the following students: 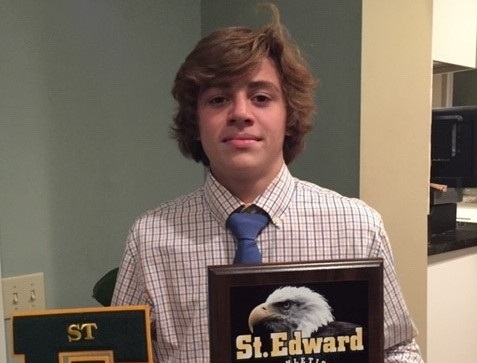 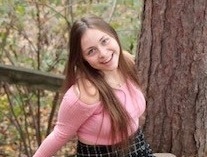 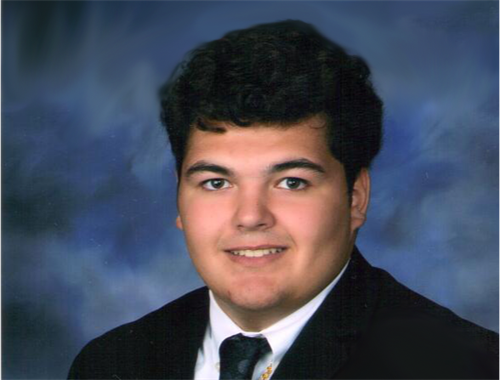 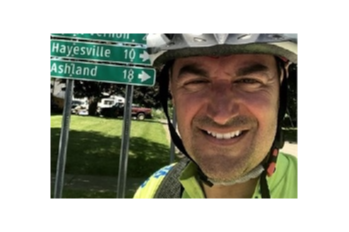 Hike to Hocking is Complete-- What an Adventure!

I really enjoyed my 2- Day, 200- mile ride through some of the most beautiful parts of the Ohio countryside. 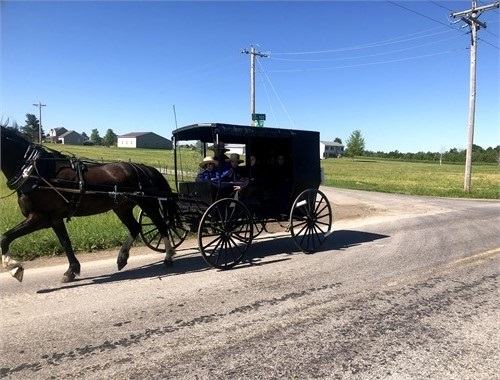 It was a relatively easy, flat terrain ride through Strongsville to West Salem where I saw a happy Amish family in a buggy cruising in front of me content in their Sunday best. Then, another flat and beautiful segment through Jeromsville to quaint and lovely, Loundeville where I took a late lunch and rehydration. Then, near Mohican State Park, the long 20-mile climb began testing all my energy, legs, and lungs. Finally arriving in historic Mount Vernon, Ohio almost 8 hours later. It was with great relief and a sight for sore eyes (whole body) that I saw the newly restored and exquisite hotel, the Mount Vernon Grand, owned by Mount Vernon Nazarene university. https://www.mountvernongrand.com/ where I slept soundly and prepared for Day 2. 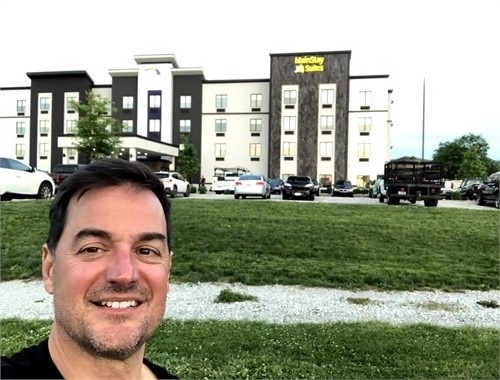 I hopped onto the Heart of Trail and proceeded to go Southeast through more beautiful country roads when I turned down an unpaved, gravel road. After navigating for a mile or so, I noticed both tired went flat! OH NO! Stopping to fix the flats were unsuccessful, rendering the bike unrideable. Good fortune came my way through  generous fireman, a first responder named Robert. He drove me into town (Westerville) to a bike shop http://www.trekbikes.com/us/en_US/retail/westerville_northgate/. The bike techs were great-two new tires, tubes and a pump- I was ready to go after a 2-hour delay. Onward through Groveport Ohio, Canal Winchester Lancaster and a tenuous route taking me on highway 33 to my destination Logan, Ohio in the heart of stunning Hocking Hills, Ohio. What a relief! What a good feeling of accomplishment! 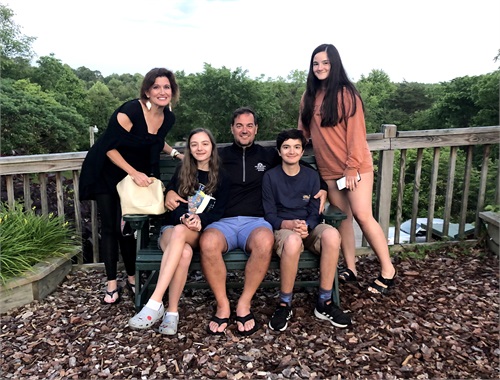 Solveig and the kids drove down to meet me where we enjoyed our cabin in the woods for three days and nights of fantastic weather, ziplining, all terrain Segway adventure, lunch in Athens on the OU campus and finally a cookout and campfire of Smores!

As I reflect on the ride, I am filled with both sadness and hope at the many families who have been touched by the horrible disease and plight of cancer. It is my hope that my efforts will go to a greater cause through Velosano to positively impact the lives of patients and families with caner.